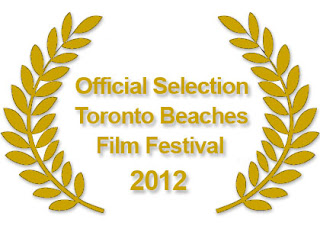 Hey y'all!  In case you haven't been following along with our Facebook page, Shag Nation has gone global!  We have been selected to show in TWO MORE FILM FESTIVALS: The 1st Annual Toronto Beaches Film Festival  and 8th Annual ReelHeART Film Festival  -- both in Toronto, June 28-30th. Tickets are on sale now for Toronto Beaches -- $12 for 1 ticket or $20 for two. Admission to Shag Nation at the Palmerston Library for ReelHeART Film Fest? Two non-perishable food items per person. What a clever idea! 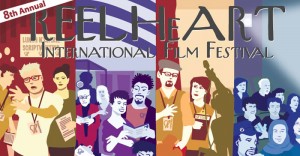 Time to show Canada what we Shaggers are all about!
Posted by Brittany at 9:10 PM No comments:

This past weekend, Shag Nation premiered at the 6th Annual Beaufort International Film Festival in Beaufort, SC to an audience of family, friends, supporters, and Shaggers! Our film had more online ticket sales than any other film at BIFF!
Following the screening, The Beaufort Shag Club put on a spectacular demonstration of the Shag by their junior members as well as adults, including surprise guest, Queen of Shag, Ellen Taylor!
The Awards Ceremony was the following everning and, though Shag Nation did not take home any awards, the film that did win Best Documentary as well as Audience Choice, Awaken the Dragon by Charleston filmmaker Liz Oakley, is absolutely worth checking out. Very inspirational!

Thank you, Ron Tucker, Rebecca, and your entire festival team for putting on an outstanding festival and for making us feel so welcome!

Thanks, too, to Dave Olszewski and the Beaufort Shag Club for bringing the Shag to life on stage for our audience!

And an extra special THANK YOU to everyone who attended our screening and participated in the Q&A!

Here's hoping there will be many more festivals for us in the future!

Hey Y'all!  Exactly ONE WEEK til Shag Nation screens at the Beaufort International Film Festival! Single tickets are available online for $5 at http://beaufortfilmfestival.eventbrite.com/.  Screening starts at 4:30pm, followed by a demonstration by the Beaufort Shag Club! Please join us at the University of South Carolina, Beaufort, Center for the Arts. 801 Carteret St., Beaufort, SC  29902 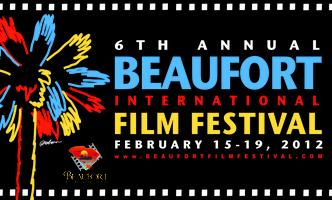 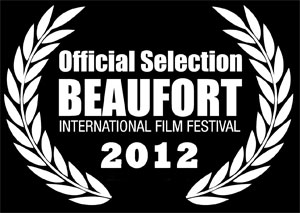 I just got word that Shag Nation was accepted as an Official Selection at the Beaufort International Film Festival in the Documentary category!  I don't have all the details yet, but the dates of the Festival are Feb 15-19. I believe that Thursday and Friday are the actual screening days and Saturday is the Awards!  Stay tuned!!
Posted by Brittany at 2:06 PM No comments:

Shag Nation on Sale on the Blog!

Just in case you were too busy shaggin' at SOS to pick up a copy of Shag Nation from the Company Store, it's now on sale on the blog!  Just click on the "Add to Cart" button to your right -----> to purchase your copy!  At the moment, only a limited number are available because I personally make them myself and test every single DVD to ensure that it's completely functional before I send it out — so it takes a little time to crank 'em out.  Once purchased, I can send them out the same day or next day to arrive within two days (depending on time of day/day of the week purchased). As I said before I test each DVD individually, but if there is any problem whatsoever with the disc, I will send another one immediately.

Thanks in advance for supporting the film and for keeping the dance alive!
Posted by Brittany at 7:22 PM No comments:

Shag Nation on Sale at SOS!

Shag Nation will be on sale at the SOS Company Store during Fall Migration!  Stop by and grab yourself a copy!  Only a limited number of copies will be available at the store, but I do plan on selling copies right here on the blog after Fall Migration.  Can't wait to see y'all down there! 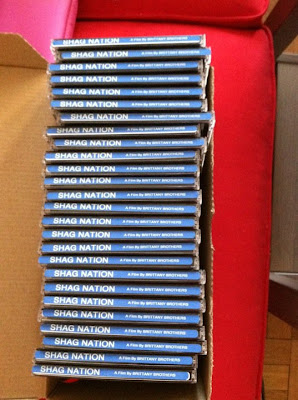 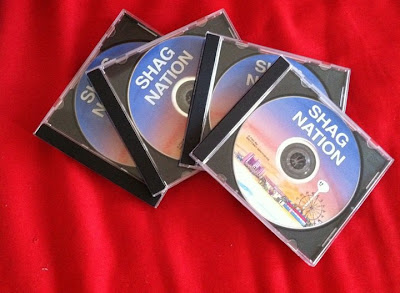 Posted by Brittany at 6:26 PM No comments:

Come to the premiere of SHAG NATION!! 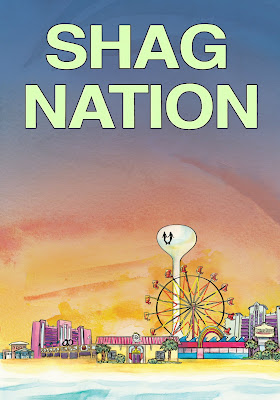 It's FREE! Bring you're friends!!

“A cold beer on a warm night with a hot date, and no plans for tomorrow.” Shag Nation is a documentary short film about the Carolina Shag dance and the charmingly quirky subculture behind it.

**NOTE: IT'S ACTUALLY AT 7:48pm, but FB wouldn't let me choose that time. PLEASE be there at least 10 MINUTES EARLY, as the break between the films is very quick!!**

Any questions, give me a call!

In the meantime... check Shag Nation out on FB:
facebook.com/shagnation

BETTER SEE ALL Y'ALL THERE!! BRING YOUR SHAGGIN SHOES!!
Posted by Brittany at 8:15 PM No comments:

Brittany
I am a seeker of food for the brain and for the belly. I am also a senior film student at the School of Visual Arts in New York City. I am currently working on my thesis -- a documentary on the subculture of SHAG dancing — with all the heart and soul behind it. Stay tuned for updates...